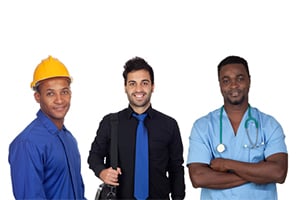 The North American Free Trade Agreement (“NAFTA”) created special economic and trade ties between the United States, Mexica, and Canada. As part of NAFTA, Mexican and Canadian citizens, who are members of certain professions (such as accounting, engineering, law, teaching), may enter the United States on a TN visa to temporarily work in the United States.

In order to be eligible for a TN visa, an applicant must:

A Canadian citizen may apply at a United States port of entry with the following documentation:

If you are someone you know is interested in a TN visa, Hartzman Law Firm is here to help. Attorney Hartzman has guided countless Mexican and Canadian citizens through the TN visa process. If you would like to learn more about how Hartzman Law Firm can help you obtain TN status, please call us at (412) 495-9849 or fill out a contact form online. We offer free consultations in person, by phone, and by secure video conferencing. Weekend consultations are also available by request.