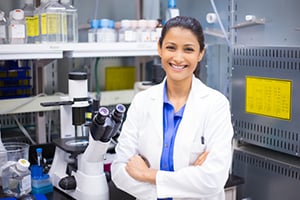 O-1 visas are initially valid for a period of three years. O-1 visa holders can renew their visas in one year increments as long as they continue to work in their field of extraordinary ability.

In addition, an individual may also submit comparable evidence that does not fit within the above eight categories.

The O-1B category applies to individuals of extraordinary ability in the arts, television industry, or film industry. In order to qualify for an O-1B visa, an individual must provide evidence that they have been nominated for, or received, significant international or national awards in their particular field such as, an Emmy, Grammy, or Academy Award. In the alternative, they must provide evidence of at least three or more of the following:

In addition, an individual may submit comparable evidence that does not fit into the above categories.

O-2 visas are available for individuals who will accompany an O-1 visa holder and assist them in a scheduled event or performance. In order to be eligible for a visa, the O-2 visa applicant must demonstrate that they will form an integral part of the O-1 visa holder’s event or performance, and that they possess critical skills and experience that cannot easily be replaced.

Spouses and unmarried children under 21 years of age may accompany O-1 and O-2 visa holders to the United States on O-3 visas. Unlike some other types of nonimmigrant visas, O-3 visa holders are not authorized for work authorization.

All O-1 and O-2 petitions must be accompanied by an advisory opinion from a Untied States based peer group, labor organization, or expert in the visa applicant’s field. The advisory opinion must describe the individual’s achievements in the field, the nature of the individuals proposed position, and whether the position requires a person of extraordinary ability.

If you or someone you know is interested in pursuing an O-1 visa, Hartzman Law Firm is here to help. Attorney Hartzman is a skilled business immigration attorney who has assisted many individuals through the O-1 visa process.

If you would like to learn more about how Hartzman Law Firm can help you meet your business immigration needs, please call us at (412) 495-9849 or fill out a contact form online. We offer free consultations in person, by phone, and by secure video conferencing. Weekend consultations are also available by request.