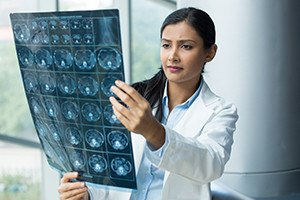 Nearly all physicians who come to the United States on a J-1 visa to pursue graduate medical training or education, are subject to the two-year home residency requirement. This means, that at the conclusion of their J-1 program, they must either return to their home country for at least two years, or receive a waiver before they may change their status to certain visa classifications or apply for a green card.

The Conrad 30 Waiver Program, allows states to sponsor 30 physicians each year for waivers of the two-year foreign residency requirement (“Conrad Waiver”). According to federal regulations, in order to receive a Conrad Waiver, a physician must:

The United States Department of Health and Human Services (“HHS”) sponsors a limited number of physicians for waivers of the two-year home residency requirement. In order to receive a waiver recommendation from HHS, a physician must agree to practice primary care or general psychiatry for a period of three years in an area designated as a Health Professional Shortage Area by HHS.

The United States Veterans Administration (“VA”) sponsors physicians working for the VA for waivers of the two-year home residency requirement. Unlike HHS, the VA sponsors both primary care physicians and specialist physicians. In order to be eligible for a waiver, the physician must obtain a three-year contract to work at a VA facility in a clinical position. In addition, the applicant will have to show: (1) the loss of the physician’s services would necessitate the discontinuance of a VA program, or a major phase of it; and (2) the VA has undertaken recruitment efforts that have failed to locate a United States based physician to fill the position.

ARC will only issue a waiver recommendation if the following eligibility guidelines are met:

The Delta Regional Authority (“DRA”) is a region of 252 counties located in eight states: Alabama, Arkansas, Illinois, Mississippi, Missouri, Kentucky, Louisiana, and Tennessee. The DRA will sponsor waivers of the two-year home residence requirement for physicians who agree to work at least 40 hours a week for three years at a facility in the DRA. The facility must also be located in either a Health Professional Shortage Area, a Medically Underserved Area, or a Mental Health Professional Shortage Area (in the case of a psychiatrist). Similar to physicians seeking a waiver recommendation from ARC, the physician’s employer must have actively attempted to recruit a United States based physician during the six months’ prior to sponsoring the physician for a waiver. In addition, the employer must agree to accept Medicare and Medicaid patients, and must provide services on a sliding fee scale to uninsured and low-income individuals.

If you are a physician or an employer looking to learn more about how Hartzman Law Firm can help you with a J Waiver, please contact us at (412) 495-9849 or fill out a contact form online. Our principal attorney, Daniel Hartzman has provided legal representation to countless individuals seeking J waivers and is well versed in the J waiver process.

We offer free consultations in person, by phone, and by secure video conferencing. Weekend consultations are also available by request.